For our amateur astronomer guests (and space-loving Innkeeper Brigette), the Inn on Mill Creek is a great location to do some stargazing. Our bed & breakfast is located two miles within Pisgah National Forest, with virtually no light pollution. Much to our delight, the evening lights coming from our neighboring small towns of Black Mountain and Old Fort, North Carolina, are conveniently blocked by two ridges to the east and west of us, making for great opportunities to see planets, stars, meteor showers, the beautiful bands of the Milky Way galaxy (and even the International Space Station sometimes).

Listed below are celestial events that may be visible this year in our neck of the woods, weather permitting. Don’t be surprised if you see Brigette and some of our guests outside on these evenings looking up at the heavens. 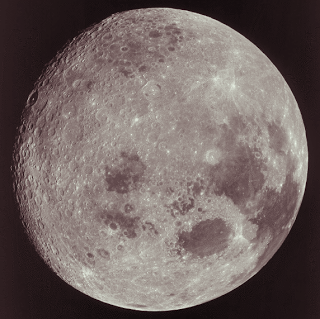 January 30 (tonight!) – The largest full moon of the year happens tonight; we’re glad the snowstorm is out of the way and hopefully, the skies will clear up for a good view of the moon

March 22 – This year, Saturn will make its closest approach to Earth on this night; however, the planet will be almost “edge-on”, meaning the rings will be hard to see

April 21-22 – You might see some shooting stars during the Lyrids Meteor Shower on this evening; look east after midnight on April 22 for the best viewing opportunity

May 5-6 – The annual Eta Aquarids Meteor Shower happens during Brigette’s birthday! Unfortunately, this particular meteor shower isn’t one of the big ones, but if you’re outside long enough, you might catch up to 20 shooting stars per hour

August 12-13 – One of our favorite meteor showers, the Perseids can provide a great show with an average of 60 meteors per hour. This is supposed to be one of the better years for the Perseids, so make a note to look east after midnight

August 13 – Looking west after sunset, you’ll see Venus, Saturn and Mars close to the moon, and the moon will be just a crescent, which should make for nice viewing of the planets

October 20 – This year, you can check out Comet Hartley 2 as it passes 11.2 million miles from Earth; look east before sunrise on this morning for a chance to see the comet, viewable with the naked eye; the Orionid meteor shower also takes place at this time

November 17-18 – Another good meteor shower, the Leonids, can send an average of 40 shooting stars an hour into the night sky from the constellation Leo; the past two years have been cloudy nights at the Inn during the Leonids, so we’ll cross our fingers for clear skies in 2010

December 13-14 – It’s worth bundling up and heading outside this evening for the Geminids, which is considered to be the best meteor shower of the year; the average is 60 meteors per hour, but some people are estimating up to 120 per hour this year

December 21 – A full lunar eclipse will be visible to all of North America this year, best seen after midnight in our neck of the woods. For an explanation of why the moon appears red during a lunar eclipse, visit www.mreclipse.com/Special/LEprimer.html.