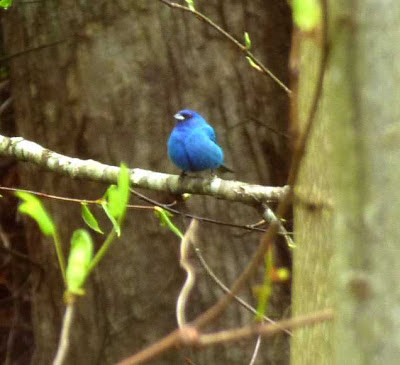 If you look up in the trees near the Lake House at the Inn on Mill Creek in the spring or summertime and see a blue-colored bird perched at the very top, and he’s singing, and singing, and singing some more, and you go out for an afternoon of sightseeing and come back and there he is, still singing, then you’ve met the Indigo Bunting. [Photo below of two Indigo Buntings by our guest, Sharon Hurst] 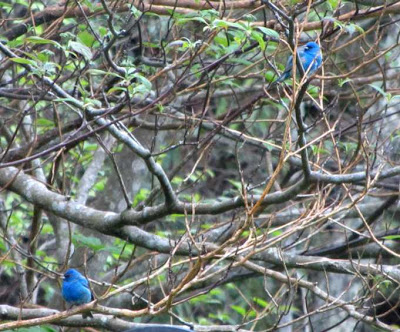 Warm weather residents of the area around the Inn on Mill Creek Bed & Breakfast in the western North Carolina mountains, the Indigo Buntings typically arrive in mid-Spring from their winter homes in south Florida and South America. So if you’re in our neck of the woods in from May through August, you have the opportunity to see one or more of these blue beauties. 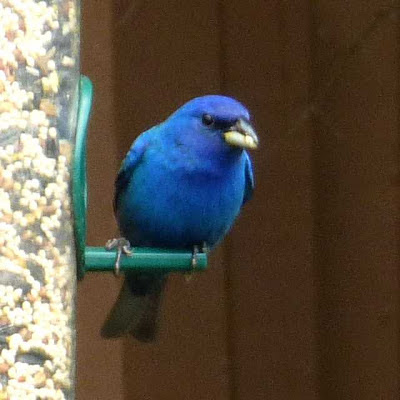 Indigo Buntings eat berries, tree leaf buds, insects and small seeds. And the fact that they like to snack on small seeds makes them a regular visitor to the birdfeeders at the Inn. This May in particular, we’ve seen a number of Indigo Buntings at our feeders, as evidenced by all the photos on this blog post! So we’re giving this bright blue bird the May spot in our 12 Months of Birding at the Inn series. 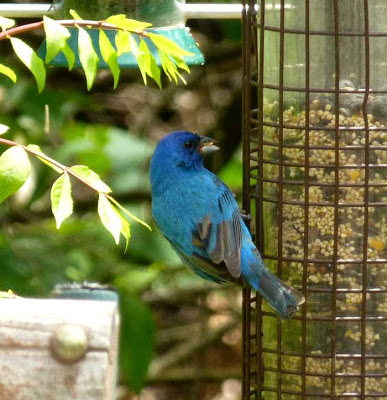 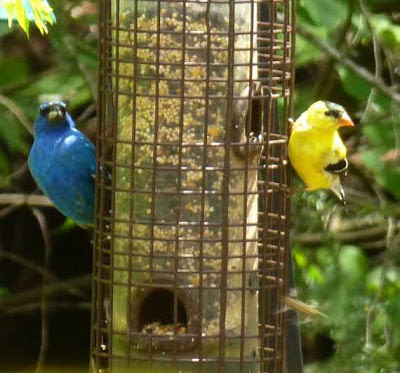 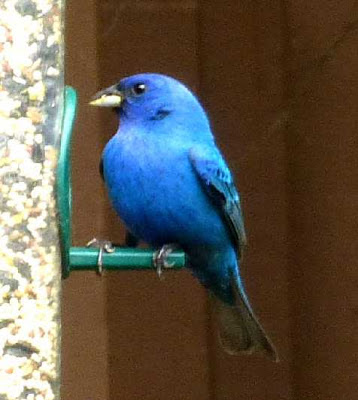 Here are some rather interesting facts we learned about the Indigo Bunting from the Cornell Lab of Ornithology: 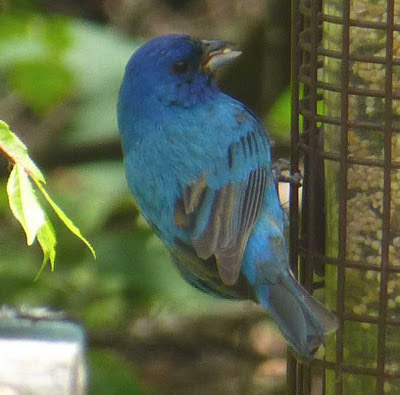