As we transition from winter to spring, one bird that may be spotted on its migration back north to cooler climes is the White-throated Sparrow, a winter resident of the Asheville area and our March 2016 selection in our 12 Months of Birding at the Inn blog series. 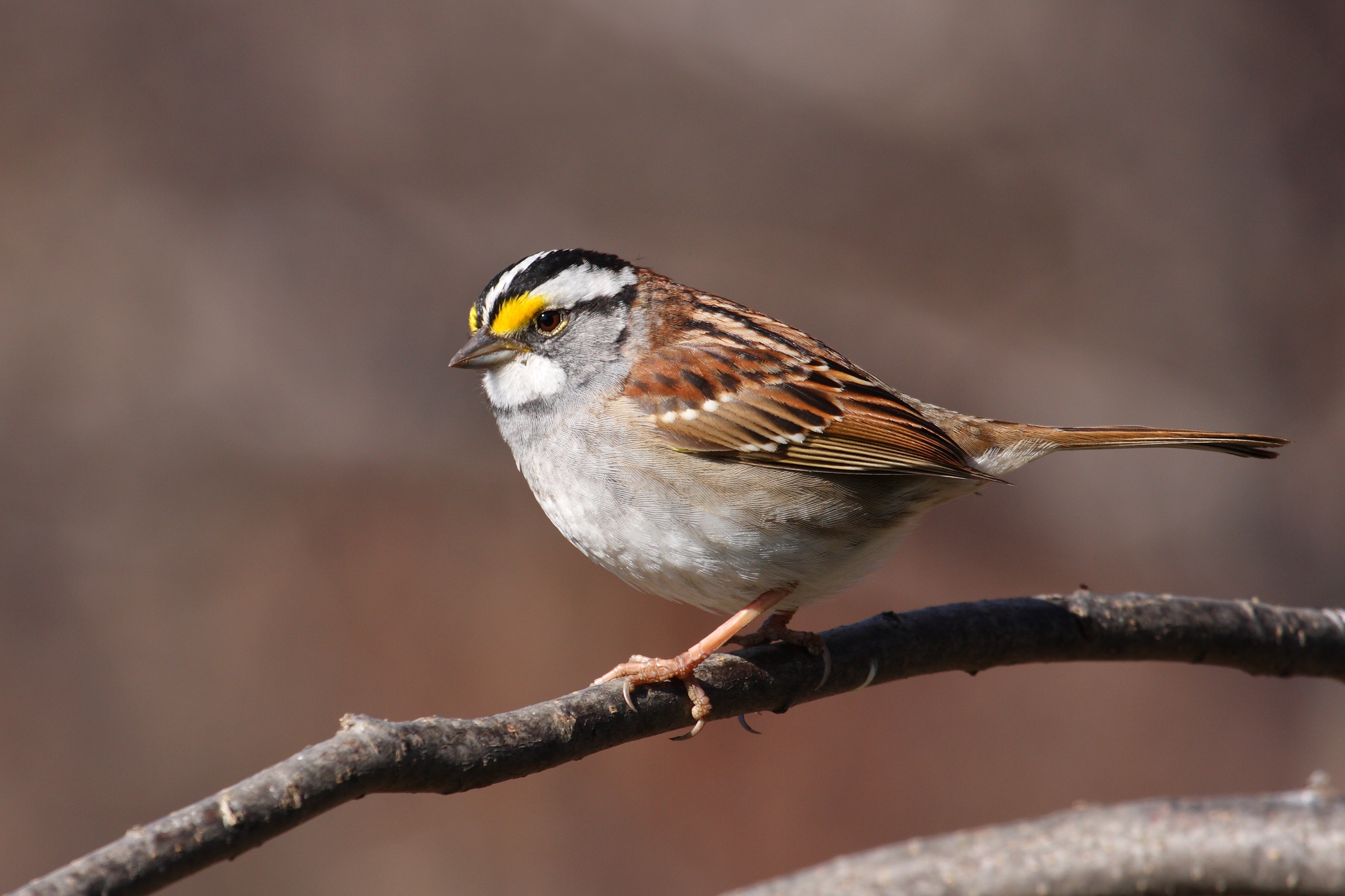 The primary places to see White-throated Sparrows around the Inn on Mill Creek are in the various rhododendron, forsythia, burning bush, and other shrubs along the driveway, near the bird feeders and along the edge of the apple orchard. They are also frequently spotted at different locales around Asheville and Black Mountain, including Biltmore Estate, Lake Tomahawk Park and Warren Wilson College. Generally by April, they’ve headed out on their way to Canada and the far northern parts of the U.S.