As a tribute to the 100th anniversary of the North Carolina State Park System in 2016, we’ve been featuring one of the four state parks closest to the Inn on Mill Creek each month this summer. We cap off our summer and our highlights of nearby state parks this month with Lake James State Park.

Located between the towns of Marion and Morganton, and about 45 minutes east of the Inn on Mill Creek, is Lake James State Park, named after a 6,800-acre lake with 150 miles of shoreline. The lake is popular with boaters and fishing enthusiasts, and from May through September, you can swim in the lake, too. The state park’s land, which runs along 35 miles of the lake’s shores, has picnic areas, camping sites, miles of hiking and mountain biking trails, and is a site on the North Carolina Birding Trail (as is yours truly). 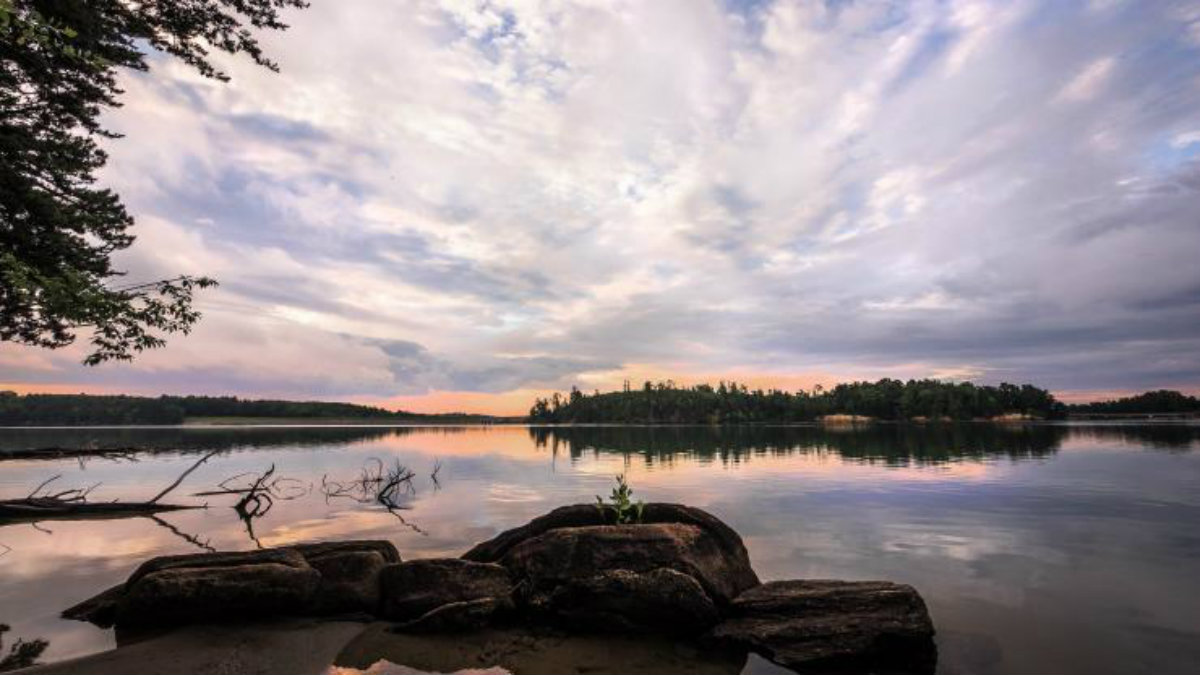 So let’s learn a little about Lake James. Lake James is actually a man-made lake and an important part of the state’s history. It was created in the aftermath of a devastating flood caused by back-to-back Category 4 hurricanes, which hit the North Carolina mountains in July of 1916. The area was so affected by this natural disaster — some rainfall records stand to this day — that the event often gets capitalized and adjectives are added to it, as in “the Great Flood of 1916.”

Southern Power Company (which would later become Duke Power Company), in an effort to prevent damage from future floods and to advance hydroelectric power in the area, constructed three big dams over the Catawba River and two of its tributaries, Paddy Creek and the Linville River. The Bridgewater power station and Lake James were created, the lake being named as a nod to James Buchanan Duke, the founder of Duke Power. The North Carolina State Park System welcomed Lake James State Park in 1987.

Fast forward another few decades…not only was 2016 a big year for the NC State Park System, but it was also a big year for Lake James State Park. Legislation was signed into law this summer to create the Fonta Flora Loop Trail at Lake James. It will be a nearly 30-mile greenway walking/hiking/bike trail around Lake James. Some of the trail already exists, and the entire trail is set to be completed in 2018. It’s hoped that someday, the Fonta Flora Trail will stretch from Morganton, NC, west to Asheville, in which case, it would likely go right through the towns on either side of the Inn on Mill Creek — Old Fort and Black Mountain. And that would be awesome.